Fighting Cancer One Bite at a Time

With help from the Nutraceutical and Functional Foods Research and Product Development Creative Inquiry project, South Carolina peach farmers can boast that consuming their peaches has health benefits. Led by Dr. Feng Chen from the Department of Food, Nutrition and Packaging Sciences, the team studied the chemicals in South Carolina peaches to determine how one of the state’s major agricultural products benefits its consumers. The team, which is supported by the Carr Family Endowment, is continuing to expand its research to explore the chemical properties that give local foods, such as Clemson’s blue cheese, their flavors and healthy properties. 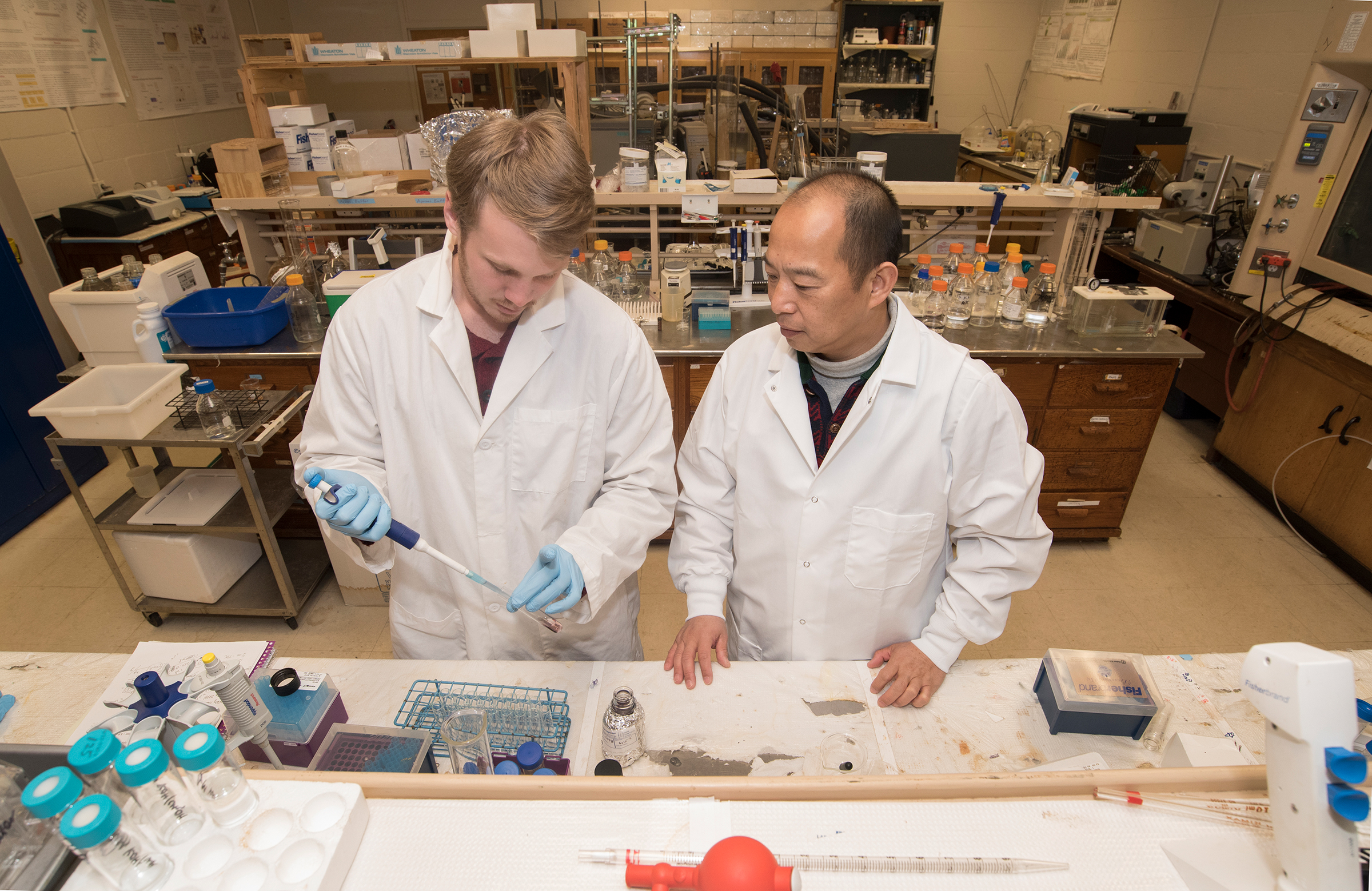 Most people know that peaches are fruits that have positive effects on the human body. This Creative Inquiry team investigated the specific positive effects. The students chose to study the phenolic compounds found in peaches because these compounds help to eliminate impurities in the body and thus have potential anti–cancer properties. This single property of peaches’ nutritional value could change the way peach farmers advertise their products. It could also change how consumers see peaches, elevating the fruit from a refreshing treat to a tool in cancer prevention. 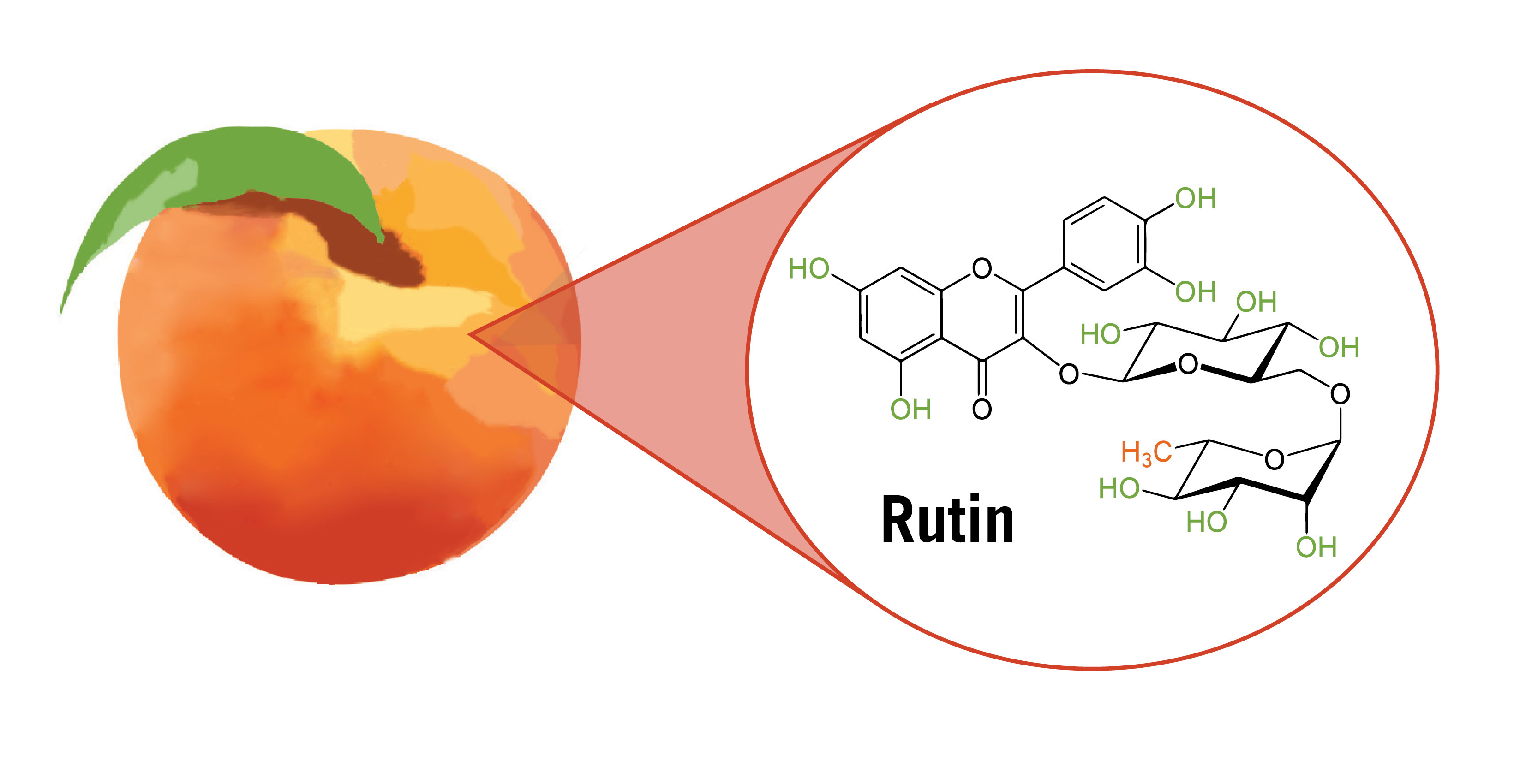 Phenolic compounds are a large class of plant secondary metabolites, which consist of one or more hydroxyl groups directly bonded to an aromatic hydrocarbon group. They act as antioxidants which allow them to scavenge free radicals. This is important because they help rid impurities in the body.

Because of the project’s ground–breaking work, the team was invited to compete in the American Chemical Society National Meeting’s student paper competition in San Francisco, California. The team competed with students from Cornell University and from as far away as Germany. Although they did not win the competition, Chen is proud of their accomplishments. Their work could impact South Carolina’s economy by bolstering the reputation of one of the most popular fruits at produce stands and farmers markets across the state. The students’ findings could help local farmers to educate the public on the chemistry of their peaches as they advertise their produce.

After wrapping up their successful study of peaches, the Functional Foods Research and Product Development Creative Inquiry project is exploring Clemson blue cheese flavors. For more than 75 years, Clemson blue cheese has been closely tied to the University’s history. Now, the students are looking for the scientific basis behind its popularity. “No one has studied the flavors and the chemistry of the Clemson blue cheese. We want to reveal the chemical makeup of these flavors,” Chen said. Like the team’s research on peaches, their findings on Clemson blue cheese could affect the way local businesses market and sell the product. 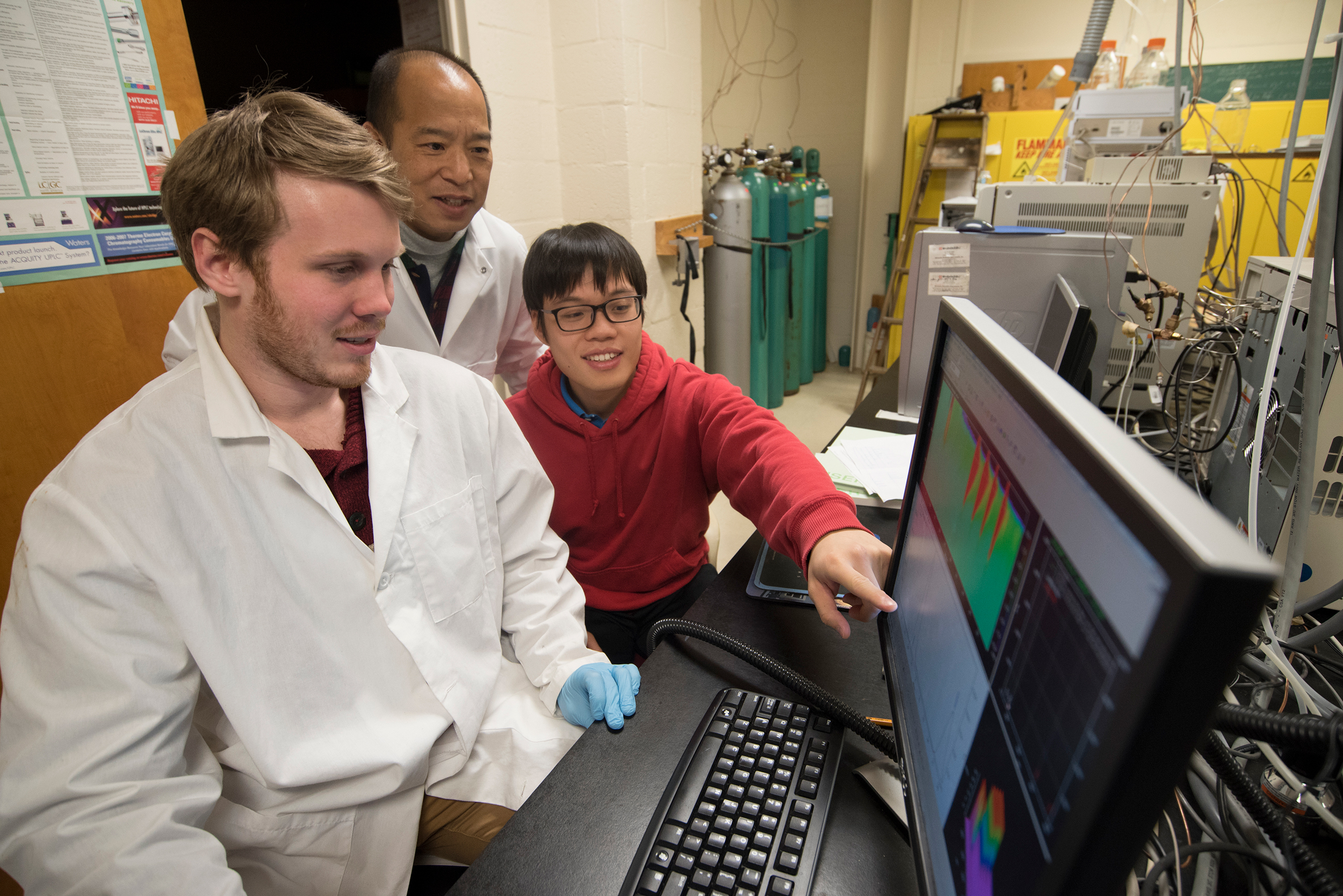 As the Creative Inquiry continues, the team members hope to uncover the chemical backgrounds of the flavors and health benefits that people experience from their food every day.

Special thanks to the Carr Family Endowment, an endowment that supports Creative Inquiry teams working in fruit and vegetable crop production, rural economic development or community and business development. The project recipients of this award receive a financial supplement to further enhance their project activities. Learn more at the link below

An Interactive Landscape
Scroll to top