This case study focuses on Black and African American students with international experience and their views on racism in engineering. The case study draws from a National Science Foundation Study of Black students in engineering. Two participants were selected from the larger study for in-depth qualitative analysis of interview transcripts, survey data, and an identity circle artifact. Community Cultural Wealth (CCW) is used as the theoretical framework to better understand how these students comprehend racism. CCW is an asset-based framework that includes aspirational, navigational, resistance, and linguistic capital as resources that students bring from their familial and community background. As a student who is a dual-citizen born in South Africa and studying engineering in the US, the first author wanted to understand how students who have experienced different cultures view and handle racism to gain a different perspective on a common experience.

In engineering education, scholars have observed that societal issues such as racism are present. These issues affect several minority groups, though Black and African American students are particularly subjected to these difficulties. This case study focuses specifically on how Black and African American students with cultural experiences outside the United States view and understand racism at higher education institutions in the United States.

Researchers conducted interviews with 79 students from the group of interest; these interviews took place at four institutions across the Southeast United States. Participants were asked a variety of questions related to racism, sexism, peer-, and professor interaction, among other topics. We used community cultural wealth as a framework to better understand how these students faced racism. This framework will aid in our understanding of how these students comprehend these issues.

This case study was conducted by two researchers, including me, a mechanical engineering student and my co-author, a professor of engineering and science education. It is important to note that this research paper is primarily written by me, the student, as a certain perspective must be maintained while discussing racism in the context of this research. 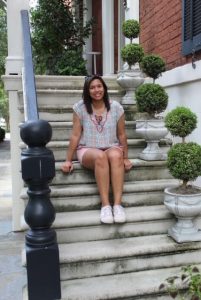 As a South African growing up in the United States, my at home experiences differed greatly from my experiences away from home. At home, there was a strong influence from my parents to remain culturally South African; however outside the home there has been a strong influence from society to be culturally American. At home there was a clear teaching that racism and sexism are not to be tolerated and I have been fortunate enough to have never felt as though I have been subjected to either. During my time here in the United States, however, I have heard about other students who have experienced racism, sexism, or both while at a higher education institution. When I was presented with the opportunity to conduct research in engineering education on a topic of my interest, I thought it would be most constructive to research a group of students in a position similar to mine.

During a preliminary examination of the interview transcripts, I noticed several students mentioned having lived in another country or having parents who were born outside of the US. This piqued my interest; however, their experiences regarding racism and sexism were most interesting.  As a student who is a dual-citizen born in South Africa and is studying engineering in the US, I understand that other students in a similar position have encountered comparable experiences. I, however, lack any understanding of what it is like to be subjected to any type of discrimination specifically pertaining to race or sex. I wanted to understand how students who have experienced cultures different from America’s view and handle racism and sexism to gain a different perspective on a familiar experience.

A theoretical framework is the lens through which we view and interpret data. For our study we have chosen Community Cultural Wealth as our theoretical framework because it recognizes the unique strengths Black and African American students bring to their studies. These assets are categorized as aspirational, resistance, familial, navigational, and linguistic capital as shown in the diagram below.

This study is part of a larger NSF-funded project  focused on choice, persistence, and attrition of Black students in electrical, computer, and mechanical engineering. The fundamental research questions  relate to the academic trajectory of Black men and women as well as the institutional policies and practices that promote retention. Experienced qualitative researchers conducted interviews with 79 students from various higher education institutions throughout the Southeast United States. Questions were designed to be open-ended to allow students the freedom to express their thoughts and opinions on various topics related to their experiences in academia. Interviewees’ identities and the institution at which they are enrolled will remain confidential; pseudonyms are used in the case studies. All participants in this study were enrolled at the same institution. The Clemson University Institutional Review Board approved this study.

The case study reported here focuses on how students with international experience make sense of racism. Students with this specific background are either children of immigrants, immigrants themselves, have studied overseas, or have lived overseas. We apply a mixed methods approach, though it is heavily driven by qualitative research. We use two participants’ interviews transcripts supplemented by survey data and data from participants’ responses to an identity circle exercise to better understand the student experiences.

The two participants for this case study were chosen based on students’ discussion of their background. Many students briefly mentioned their parents having immigrated to the United States; few, however, elaborated on how their family’s immigration status influenced their views relating to sexism and racism. Since there were not any questions in the original interview protocol that directly addressed a student’s immigration status or background beyond them identifying as Black or African American, the researchers for this case study determined which students had international experience by searching the interview transcripts for discussions of international experience.

“John” grew up in a Central African country and attended university in Germany. Upon finishing his undergraduate degree, John immigrated to the Southeast United States. He stated that after moving to the United States he noticed that people in the U.S. are more open-minded regarding race compared to Germany and that it was very difficult for men of color to easily succeed in the United States. Though his experience in the U.S. has been more positive, it has not been without its own challenges. John stated that he felt these challenges were not necessarily due to race, but rather due to the communication barrier that existed due to his accent. He stated that this challenge presented itself in the form of bias against students who spoke with an accent foreign to that of Americans and that this negatively affected his academics.

“Lucas” was born in the United States to West African parents, though he spent part of his childhood in Europe and Canada. Lucas notes that coming from a diverse part of Canada resulted in him not paying much attention to color until he immigrated back to the U.S. He acknowledged struggles other Black or African Americans face due to a difference in education and socioeconomic status. Lucas also seemingly attempted to view these struggles from another’s point of view and admitted to not realizing this apparent difference between Canadian and American culture. In this case, it seems as though having grown up in a more diverse environment created a sense of oblivion which eventually led to a type of culture shock.

“It’s crazy, because coming from a place in Canada where it’s super diverse, I didn’t really see color at all.”

There exist two major areas of bias and limitation in this case study: lack of generalizability and researcher bias. A potential lack of representation of the population can potentially occur since we the researchers only utilized two out of a total of 79 interviews. Because participants were purposefully selected, this case study cannot generalize how Black or African American students with international experience view racism at higher education institutions in the United States.

Another form of bias could have begun when the Black men were interviewed by White women. This bias could have been in the form of how the interviewers chose to phrase questions and in which order these questions were asked. Furthermore, the researchers who conducted this case study could have introduced bias to the study in their analysis of the data, approach, and methods. Being an immigrant myself I understand the point of view these students hold. Separating my opinions and experiences from the research is difficult since I am in a similar position; my experiences likely influenced my interpretations of these students’ experiences.

From here, researchers will further investigate and elaborate on the various types of capital these men relied on to ensure their voices are heard and their stories are told.

Analyzing John and Lucas’s transcripts has made me realize that just because I have not had the same experience with racism does not mean it does not exist nor does the affect of racism on individuals and society not exist.

I would like to thank the Creative Inquiry office for the time and effort invested in allowing me to complete this research project. I would like to give a special thanks to Dr. Orr for her guidance, unfailing support, and commitment to my education in research.

Applications of Machine Learning to Airbnb: Impact of Cleanliness on Listin...
Scroll to top