Winter is a critical period for many temperate fishes as dramatic changes in winter thermal regimes may result in tradeoffs between reproductive and somatic energy allocation patterns. Yellow Perch are found throughout North America, and reproductive development typically occurs during October-March, but not much is known about how southern populations allocate energy during overwinter periods. Using controlled laboratory studies of fish captured from wild populations, we sought to determine if Yellow Perch populations in South Carolina and Ohio’s Lake Erie have different overwinter energy allocation strategies. Additionally, we tested if fish from each population responded differently to typical warm and cold winters for their respective regions.

The Yellow Perch, Perca flavescens, is a species that inhabits a wide latitudinal range throughout North America. This species prefers cool, well oxygenated water, and females develop eggs during the winter and spawn during early spring. This species is well studied in northern latitudes, however information on basic life history traits is lacking in the southern portions of this species range. Climate change could profoundly affect coldwater fish species (Jeppesen et.al 2010), especially those that require long, cold winters to develop viable eggs prior to spawning during spring. In this study we sought to quantify the overwinter allocation of energy to reproduction and somatic growth (that is growth in non-reproductive tissues). 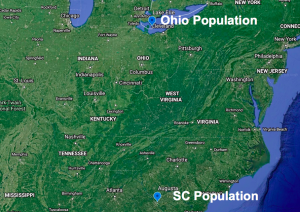 Fish in all treatments were fed at level sufficient to meet only their basal metabolic demands, as determined from an existing bioenergetics model. Fish were measured at the start of each experiment and a subset of fish were euthanized to obtain overall weight and gonad masses. From these euthanized fish, we used linear regression to develop relationships between fish mass and gonad mass for both males and females in Ohio and South Carolina. These relationships were then used to predict the gonad mass in live fish at the beginning of each experiment. When the experiment concluded, we measured the total weight and gonad mass of both males and females in each treatment and quantified the percent change in gonad and somatic tissues in each winter duration.

We used a one-way analysis of variance (ANOVA) in R to analyze data collected from South Carolina and Ohio. We calculated tank averages for percent change in reproductive and somatic tissues, as tank was our experimental unit. We confirmed the assumptions of normality and constant variance by examining a histogram of the residuals in a plot of residuals vs fitted values.

Table 1. Treatment Duration and Temperatures for Ohio Long and Short and South Carolina Long and Short Winters. Table describes details of each of the four winter treatments of Yellow Perch.

Table 1. Treatment Duration and Temperatures for Ohio Long and Short and South Carolina Long and Short Winters. Table describes details of each of the four winter treatments of Yellow Perch. 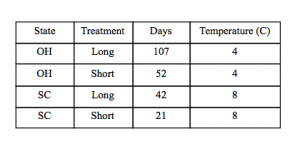 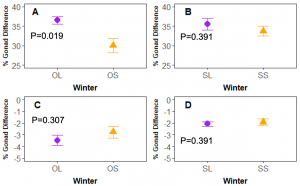 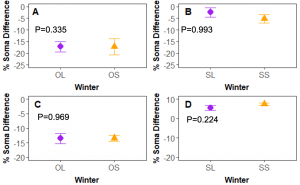 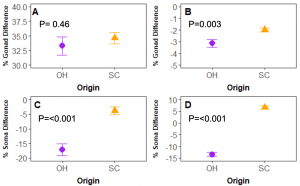 Figure 3. Percent gonad and soma difference of females from Ohio and South Carolina (A,C) and males (B,D), with P value.

The ANOVA model results from this experiment reveal that only female gonad weight varied significantly between winter treatments in Ohio with the short treatment having a lower mass than the long treatment. This could be due to short winters having a higher metabolic cost; resulting in less energy going towards gonad or soma growth and more energy allocated towards base metabolic processes. Somatic growth in both northern and southern populations was not affected by winter treatments, which suggest non-reproductive growth during winter is minimal and not traded off against reproductive development.  Both South Carolina male and female fish appeared to show higher soma development during the winter than Ohio fish, showing that South Carolina fish were still actively growing during the winter. Likely taking advantage of warmer winters in southern latitudes. All male gonads showed negative percent difference values, this is likely because fish were measured after the spawning season and were spent of milt. We saw no difference between the boxplots of Ohio and South Carolina female gonads.

Our findings are significant in that they provide insight into how shorter, warming winters can affect fish, such as Yellow Perch. When looking at current global climate change trends, we can expect for these northern populations, such as Lake Erie Yellow Perch, to undergo warmer winters in the future that are more aligned with temperatures mimicking South Carolina. Due to these warmer temperatures, Ohio fish may take on life history traits similar to that of South Carolina’s current life history traits. Changes to Ohio fish life history traits may necessitate changes in management and regulation of fish in that area.It’s possible that these effects could also be seen in other fish species such as salmonids, esox, and other members of Percidae. Fish collected from both Ohio and South Carolina experienced the same kind of water system, as well as feeding simulations, making climate the focus of the study. A common-garden experiment in this study would have possibly yielded more accurate results in regards to the winter temperature treatments, but in the case of this study would not have been possible, due to the time difference in studies, as well as the extreme temperature change that the fish may have undergone. To more accurately predict the trends of overwinter energy allocation in this study, we would have liked to have a larger sample size of both male and female fish from Ohio and South Carolina populations, as well as possibly add another origin reference to better understand the latitudinal trend of warming winters affecting growth. In studying overwinter energy allocation of fish species, we suggest future studies further look into mechanisms driving metabolic cost in overwinter allocation, as well as look more into current and well validated  bioenergetics models for Yellow Perch and other cool water species as bioenergetics models used for this study were outdated and no current models existed for this or similar species. 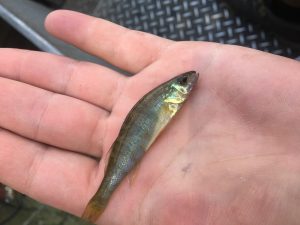 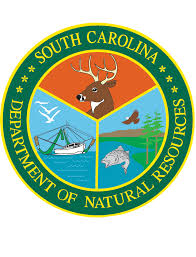 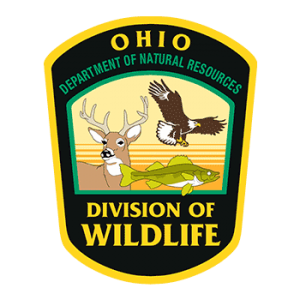 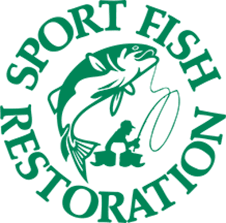 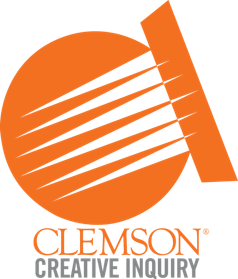