There are only 3,200 wild tigers left in the world. The enormity of this problem has not gone unnoticed by Clemson students. In 1997, Clemson students founded Tigers for Tigers, a student initiative to support tiger conservation around the world. As Tigers for Tigers president Sean Carnell explains, “There are over fifty schools out there with tiger mascots. Here at Clemson, we know how much pride these mascots make us feel for our school. So we decided to work with other schools to extend the pride from the football field to help real tigers in the wild.”

Initially, Tigers for Tigers aimed to create a national coalition and host the first national summit to promote collegiate awareness about the situation. The student group was able to gain the support of President Barker, who sent letters to other tiger mascot schools to enlist support for the cause. Collaborating with the 57 other tiger mascot universities was not an easy task. Tigers for Tigers advisor, Dr. David Tonkyn, and a group of dedicated students formed a Creative Inquiry team. After two years of hard work, the team made the dream of a national coalition become a reality, as the National Tigers for Tigers Coalition was formed. This united effort allows students across the country to work together through social media, advocacy programs and involvement abroad to help protect tigers. In April 2013, the team hosted a National Tigers for Tigers Summit. The purpose of the Summit was to establish a foundation for the national organization, develop a strategic plan for students helping tigers and promote student awareness of the issues associated with tiger conservation.

The 2013 conference was an enormous success. Featured speakers included Dr. Ron Tilson, a world premiere tiger biologist, Dr. John Fitzgerald, the senior policy director for the Society for Conservation Biology, representatives from the International Fund for Animal Welfare and many others. While sparking awareness and admiration in students interested in tiger conservation, visiting tiger experts also helped the Creative Inquiry team establish Tigers for Tigers as a national organization. Carnell explains, “we built wonderful connections with our partners. Especially at the conference, we worked with wonderful people who knew exactly what needed to happen to make a change. They showed us how national policies are developed. It was way more exciting than reading a textbook.”

Beyond the conference, Tigers for Tigers is working to improve its social media outreach program through developing a Facebook page and filming viral videos to spread awareness. And the Creative Inquiry group aims to promote the Big Cats and Public Safety Protection Act, a federal bill banning the private ownership of big cats in the United States. Also, for the past nine years, Tonkyn and former Director of International Student Services Louis Bregger have offered an opportunity for students to visit India to see tigers in the wild and learn about their conservation. Such opportunities are important for the success of the coalition, Carnell notes, because “that’s where all the motivation started for us. We went to India, saw tigers in the wild, and came back excited to help.” The incredibly diverse number of projects Tigers for Tigers encompasses makes this Creative Inquiry project applicable to students with all sorts of interests including finance, marketing and biological sciences.

As Tigers for Tigers continues to grow and develop, the group hopes to expand on a national level. But as 11 schools are now united across the country, working tirelessly to help real tigers around the world, Tigers for Tigers has successfully made solid steps to saving Clemson’s beloved mascot: the Bengal tiger. 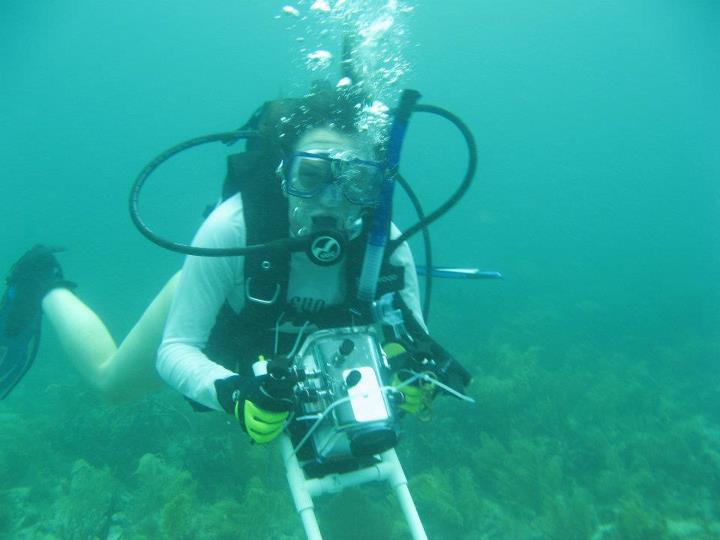 Imagine going to a local seafood restaurant and not being able to order your favorite dish-ever again. Research being conducted by Clemson students is showing that blue crabs may disappear from the menu due to human impacts on the environment. This active group led by Dr. Michael Childress, a professor in biological sciences, introduces students to the many challenges of conserving our ocean resources. This includes studying the effects of climate change, consequences of fishing, and problems caused by human development. Students first read and discuss articles based on these topics, then conduct lab and field experiments, and eventually progress to develop and carry out their own research. The long-term goal of this team is to use the data that they collect to predict future effects of environmental change.

This Creative Inquiry team was created in 2008, and they have been actively working ever since. One of the greatest accomplishments was the creation of the Living Laboratory program at the Keys Marine Lab (KML) in Florida, a near-shore research project observing marine communities. The team played a direct role in developing the protocols for this science outreach program, designed for school groups ranging from high school to college students. Visitors collect data by snorkeling in five locations at the KML in order to build a large dataset for examining the health of marine communities in the Florida Keys. In addition, this team has been responsible for three scientific publications and has developed an online blog.

The team studies two main topics: the effects of water salinity and drought on blue crabs in the ACE Basin National Estuarine Research Reserve in Bennett’s Point, SC, and the effects of habitat loss on juvenile Caribbean spiny lobster behavior at the KML. Not only do they travel to both of these locations, but they also attend the Benthic Ecology meeting every year where their group posters won two outstanding student presentation awards in 2010. Recent meetings have been in Wilmington, NC, and Mobile, AL.

When there are large changes in water quality, important components of lobsters’ habitat, like sea grass and sponges, die out. Lobsters use these habitats for protection while they are young, and the Creative Inquiry team studies the behavioral changes in these lobsters as the environmental conditions change. There is a trade-off between being aggressive and owning a piece of habitat individually and being cooperative and sharing it with other lobsters. Perhaps juvenile lobsters are smarter than we think-they may be able to work together to adjust to their habitat no matter what conditions we throw at them.

The group also studies many aspects of life in juvenile blue crabs in their lab at Clemson. They’re able to look at things such as settlement, survival, and growth patterns in the lab, but they also collect data on predation and disease out in the field. They use computer models to predict future population dynamics based on the data they have collected.

Lobsters and blue crabs are among some of the most important marine animals that we harvest, and while lobster populations are stable, blue crab populations are declining. Not only is overfishing draining the blue crab population, but water quality also plays a major role in their reproduction. Changes in estuary salinity due to human irrigation have detrimental impacts on juvenile blue crabs. Dr. Childress believes that without both regulated fishing and water quality control, it would be very difficult to have sustainable populations of blue crabs in the future.

Kelsey McClellan, a second year student on the Creative Inquiry team, has been able to work with both the blue crabs and lobsters in Clemson. She enjoys getting involved with all aspects of lab work, from animal care to data analysis. Her experiences on this team have influenced her decision to pursue marine research as a career because she realized that research can be interactive and multi-faceted.

This Creative Inquiry shows that you don’t need to live at the beach to make huge impacts in marine conservation. Not only do the team members conduct a lot of research in their own lab and in the field, but their development of the KML Living Laboratory allows students from everywhere to gain hands-on experience while contributing to an ongoing study. It’s necessary to reduce man’s effects on the environment as much as possible in order to sustain our planet, and studies like this Creative Inquiry bring hope that conservation can be successful.