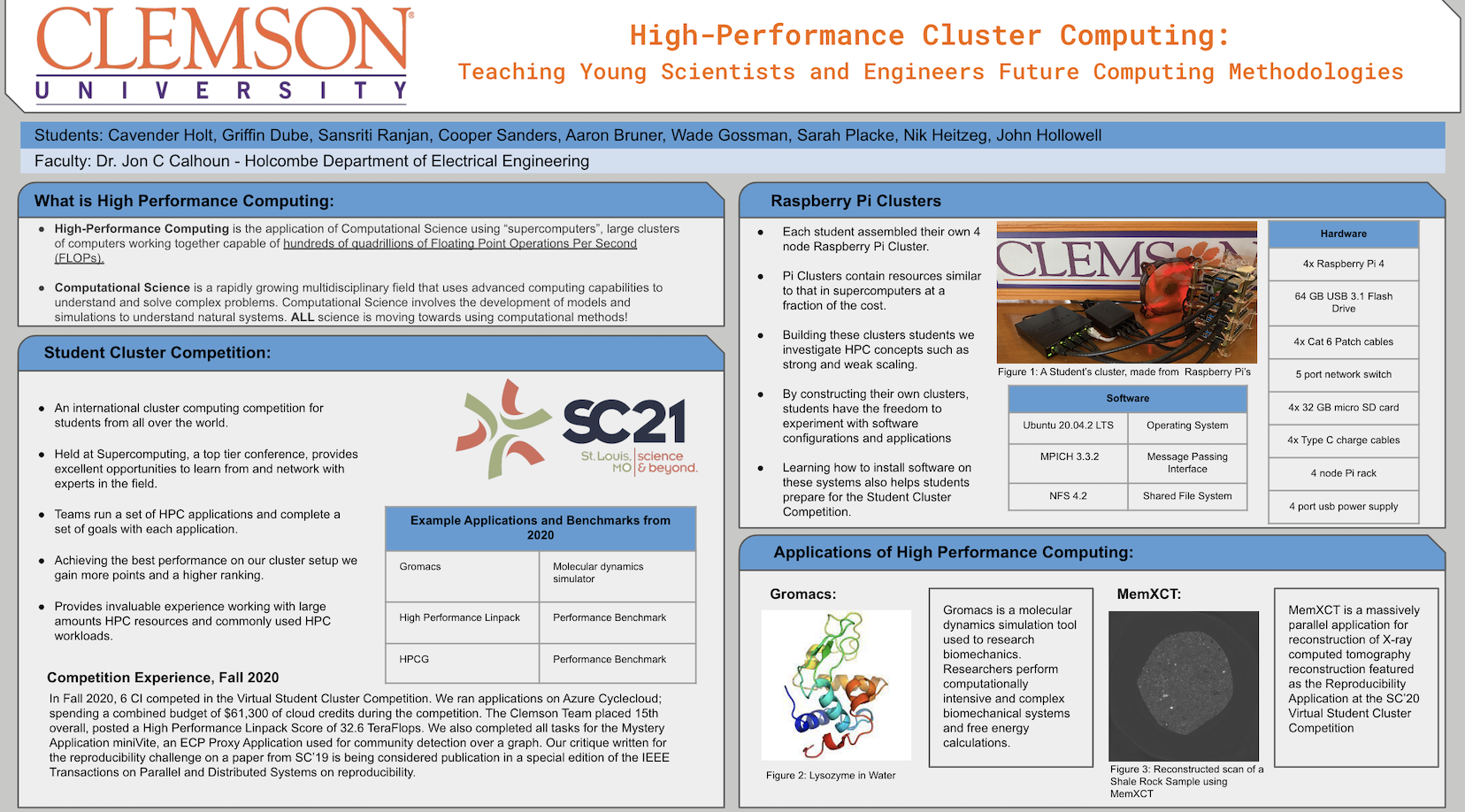 In the age of rapidly advancing technology and ever-increasing access to information, computers have the ability to solve problems and assist with countless tasks. From most users’ perspectives, a simple click of a mouse or tap of some buttons answers their questions, but what the users do not see is the complex computational science that facilitates the efficient operation of these applications. Dr. Jon Calhoun from the Holcombe Department of Electrical and Computer Engineering leads the High-Performance Cluster Computing Creative Inquiry project to engage Clemson undergraduates with these advanced computing processes.

High-performance computing combines the power of a cluster of computers, a supercomputer, to process data and perform calculations. Cavender Holt, a senior computer engineering major, explains how solving complex research problems takes an incredible amount of computational power and resources. “[The tasks] are really hard to compute, but if you can break that task down into a bunch of small tasks, which you can do all at the same time, you can get your results a lot faster,” Holt said. “This process is known as parallel computing,” Cooper Sanders, a sophomore computer engineering major, said. The project uses an array of small, low-cost Raspberry Pi computers. The Raspberry Pi cluster simulates what a supercomputer can do, but on a smaller scale and at a fraction of the cost.

With these clusters, students explore and experiment with software configurations and high-performance computing applications, ultimately preparing for the 2021 Student Cluster Competition, an event held at the International Conference for High Performance Computing, Networking, Storage and Analysis in St. Louis, Missouri. During the competition, the team’s clusters will be evaluated on their speed and accuracy of performance by a benchmark application called LINPACK. “The applications that they are using are applications that scientists and researchers at other universities, in the industry and at national labs, use in their daily lives,” Calhoun said. John Hollowell, a computer science graduate student and former participant in this Creative Inquiry project, has already seen how the team’s research applies to the real world with his part-time job in cybersecurity. Hollowell is enthralled by what parallel computing can do, “[parallel computing] enables research that we’ve never been able to do before. Everyone in some way is going to be using or influenced by parallel computing,” Hollowell said. From YouTube video recommendations to weather predictions to life-saving medical research, parallel and high-performance computing are becoming more widespread across all fields of science. “For cutting edge science and engineering research, the supercomputer is the scientific instrument of the 21st century,” Calhoun said. With the experience gained from this Creative Inquiry project, these Clemson students have the tools necessary to compute at an advanced, high performance level and solve the world’s most complex issues. 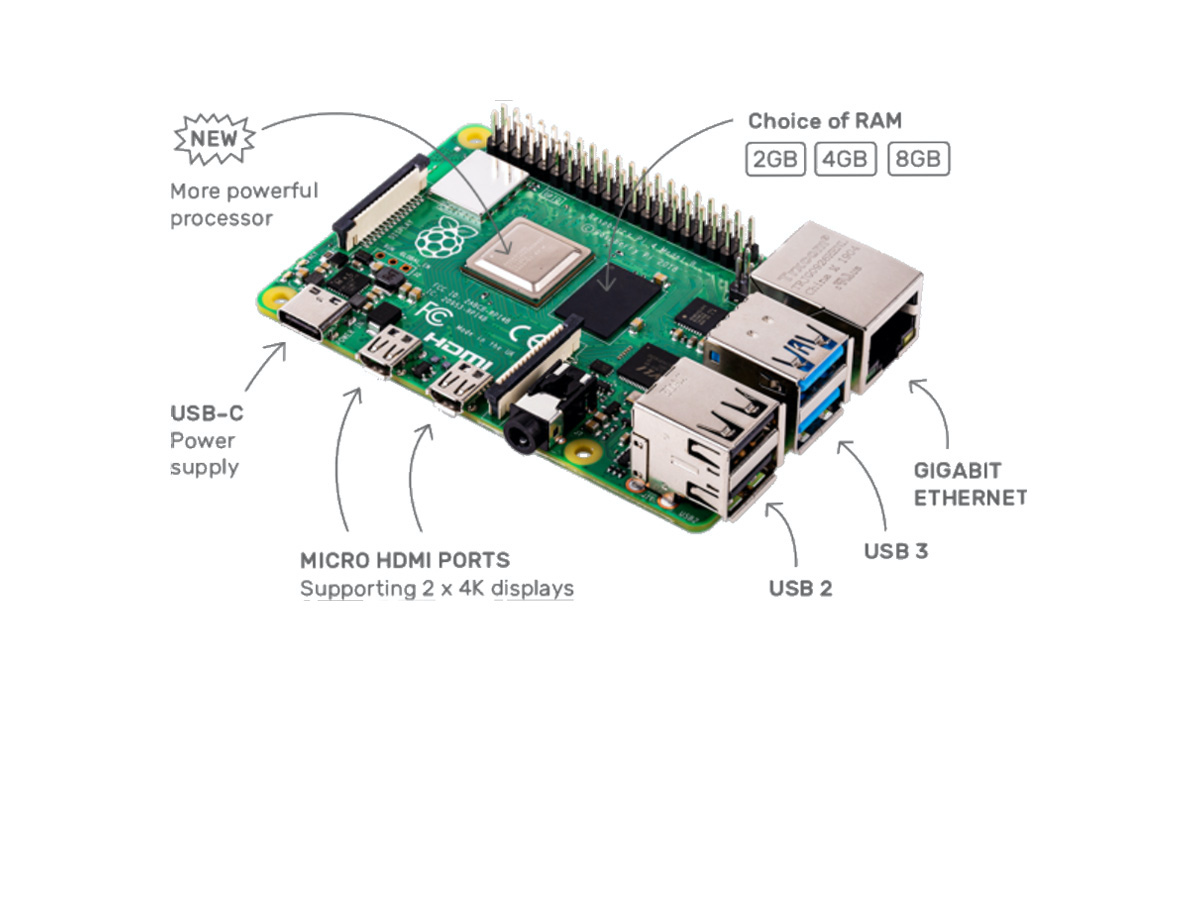 Harvesting the Sun and Wind
Scroll to top