Hide and Seek: Tracking Snakes in the Appalachians 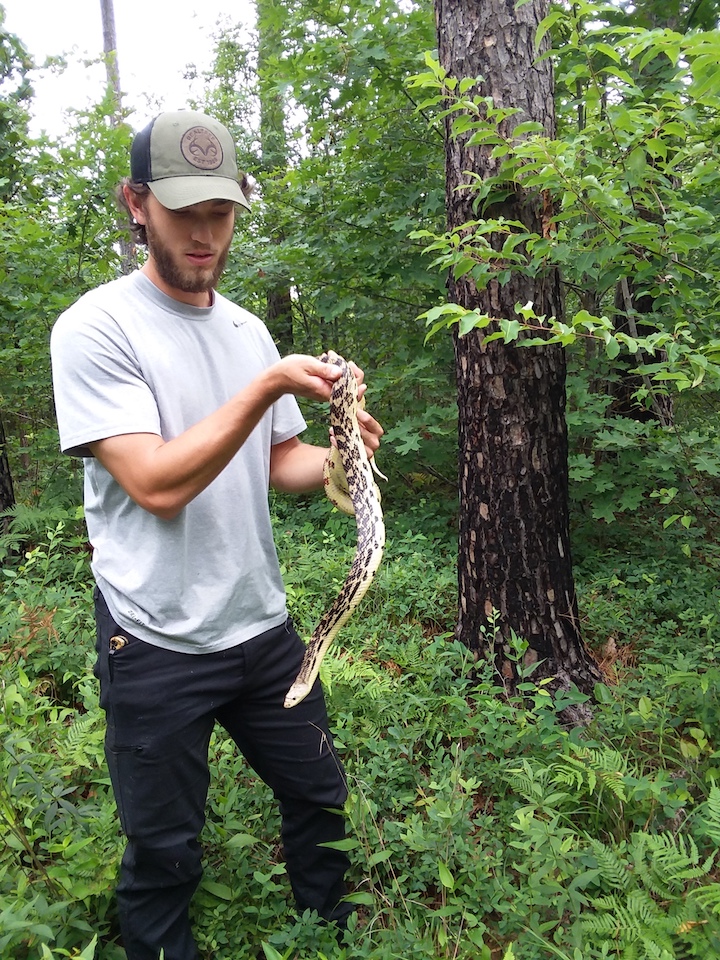 There are more than 3,000 snake species on earth, dwelling in deserts, wetlands, mountainous regions and almost everywhere in between. They slither on land, swim in water and burrow underground. Perceived to be sneaky and secretive animals, snakes generally remain unnoticed. The Landscape Ecology and Conservation in the Appalachians Creative Inquiry project, led by graduate student Bryan Hudson and Dr. Kyle Barrett, both in the Department of Forestry and Environmental Conservation, studies amphibian and reptile responses to large-scale stressors such as climate change and land use change. Currently, the team’s focus is on the elusive pinesnake, Pituophis melanoleucus, and the Eastern kingsnake, Lampropeltis getula.

When Hudson joined the Barrett Lab, he was excited to have the opportunity to engage undergraduates in research. “I was thrilled to provide my own spin on the CI,” Hudson said. Barrett has been impressed with Hudson’s leadership and enthusiasm. “It’s easy to lead a fun CI when everyone is out in the field together, but Bryan has had to adapt to restrictions associated with COVID-19. In response, he’s developed engaging and informative videos and kept the class a great experience for our undergraduate researchers,” Barrett said. Mackenzie (Mac) Barrett, a junior wildlife and fisheries biology major, thinks the experience is formidable. “It has not only shown me what a possible career in my field looks like, but also taught me so many hands-on skills that  traditional courses wouldn’t,” she said.

The team is investigating the effects of land use land cover (LULC) on snake movement, disease and population genomics. Pinesnakes are difficult to find because they can travel long distances over short periods of time, but the students are able to track their movement using radio telemetry. When they capture a new snake, the team attaches a transmitter which enables radio signal transmission from the transmitter to a receiver. This allows the team to locate the snake for continuous data collection. The students in the Creative Inquiry project are gaining valuable experience in wildlife and ecology field methods by learning techniques for surveying and monitoring cryptic species such as the pinesnake.

Given this species’ elusive nature, it is not a surprise that the team is collecting some of the first data on the effect of LULC on the pinesnake. “Some of the preliminary evidence that we are uncovering on pinesnakes in southern Appalachia is some of the only empirical data to exist for the species and is thus valuable to any agency tasked with making regional conservation plans,” Hudson said. The team hopes their results will inform listing agencies and conservation planners of the significant role of pinesnakes in the ecosystem. “Snakes are simply another component in any functioning ecosystem. Understanding how they fit in is just as beneficial as understanding how we fit in,” Hudson said.

Even though this research is powered by a team of Creative Inquiry students, anyone can help. The Barrett lab loves to hear of leads on snake locations. If you see a pinesnake or an Eastern kingsnake (a focal species in metro Atlanta, GA), please take a picture, mark the location and contact the Barrett Lab! 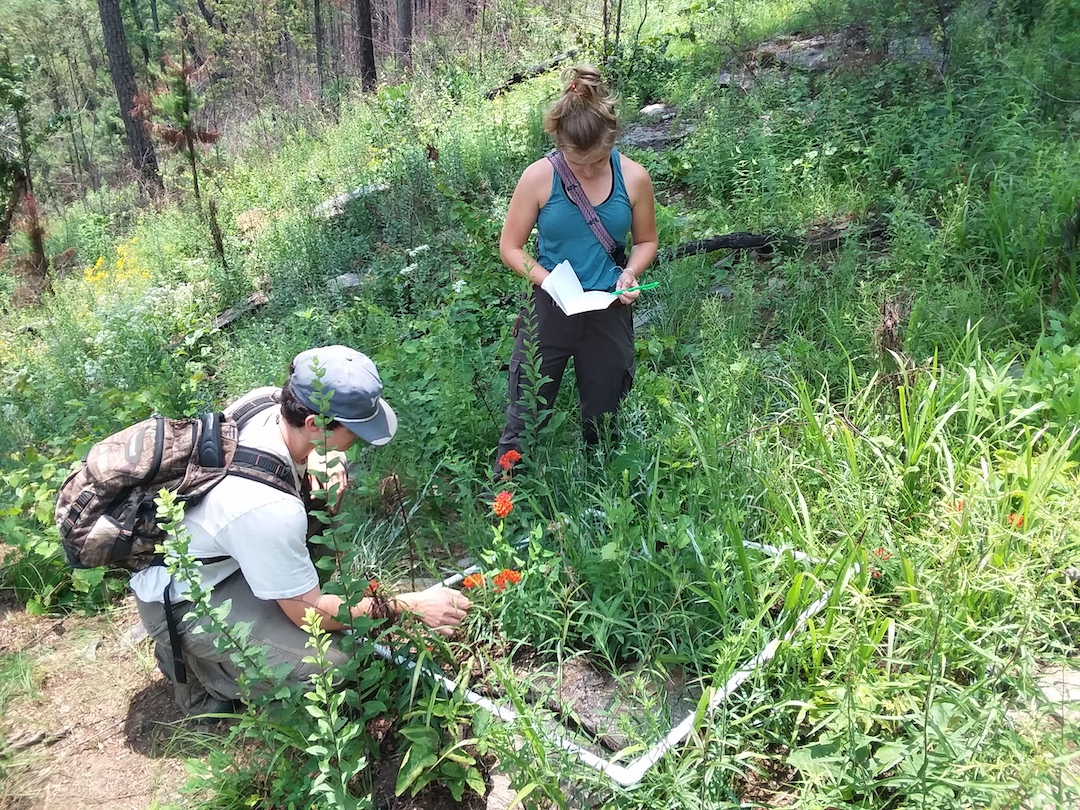 Mackenzie (Mac) Barrett and Henry (Jack) Robinson evaluate the microhabitat use of a pinesnake following a prescribed fire in the foothills of northeast Georgia.

Getting their Feet Wet
Scroll to top