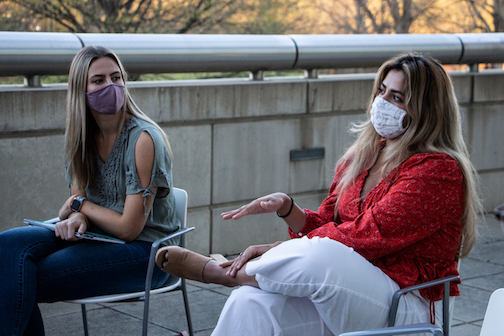 Even though there have been significant advancements in science and medicine over the last few decades, not everyone who worked towards these successes has received the recognition they deserve. The Mary Bruce Project: Women and the Golden Age of Tropical Medicine Creative Inquiry project, led by Dr. Kimberly Paul from the Department of Genetics and Biochemistry, aims to shine a light on the contributions made by unsung heroes of science. Over the past two years, the Creative Inquiry team collected and documented information about the accomplishments and contributions to scientific and medical advancements made by various hidden figures. After compiling their findings, each student wrote a blog post to be published on the team’s newly launched website, The Mary Bruce Project. By making these lost stories known, the Creative Inquiry team hopes the website will accurately represent history and honor these innovators’ legacies.

Hunter Gentry, a junior genetics major, introduced the blog with an in-depth life story of the project’s eponymous hidden figure, Mary Bruce, a researcher who worked alongside her husband and fellow microbiologist David Bruce. Mary and her husband discovered the causes of Malta Fever and African Sleeping Sickness, but unfortunately, Mary never received the credit or renown of her male counterpart. To their amazement, other Creative Inquiry students found that Mary was not the only uncredited researcher in the couple’s work. Feeling compelled to bring justice to these unsung heroes, the Creative Inquiry team decided to revive their stories and highlight their achievements.

Honing in on the Bruces’ work, Samah Malik, a senior biochemistry major, wrote about “flyboys,” the nameless contributors that assisted in the couple’s research on African Sleeping Sickness, a disease transmitted by tsetse flies. Europeans studying this disease used “flyboys,” groups of native young boys and men, as test subjects that were exposed to tsetse fly bites. When a person is infected with African Sleeping Sickness, they often experience hallucinations, fever, seizures and even a reversal in their sleep-wake pattern, as alluded to by the disease’s name. “In scientific papers that refer to sleeping sickness, [the authors] don’t really focus on [the flyboys] like they do the scientists, who are often times colonizers,” Malik said. Aimey Jimm, a junior biological sciences major, expanded on similar controversies in her blog post on medical experimentation and ethics. “When French military and researchers came to Africa, they started using African villagers in their experiments where no consent was involved—people were just taken advantage of,” Jimm said. As a result of that exploitation, there remains a strong distrust in medicine today in regions where Sleeping Sickness was highly prevalent.

Each Creative Inquiry student’s blog post ties into the others, all of which exemplify the theme of recognizing hidden figures in science, medicine and healthcare. As more students joined this Creative Inquiry project, the team expanded their topics, ranging from the consequences of commercialized medicine to American gynecology’s dark history to lesser-known modern science trailblazers. Paul and her students hope that people will interact with their site to learn something new, understand how this history affects today’s world and draw inspiration from these heroes of science. Thanks to the Mary Bruce Project, these great stories and contributions will no longer be swept under the rug, but shared for all to see.

Check out their BLOG: 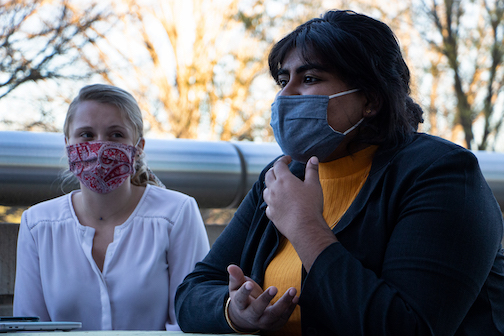 Aimey Jimm discusses her contributions to The Mary Bruce Project.