Robots in Our Community

In the modern-day era of rapidly evolving technology, robots and artificial intelligence (AI) are entering the consumer space in the form of frontline workers. The Frontline Service Robots and AI Creative Inquiry project, led by Dr. Michael Giebelhausen in the Department of Marketing, studies consumer interactions with service robots. The overarching goal of this project is to determine how the public will react to robots in the service industry.

The team is studying the interactions between consumers and robots in multiple scenarios to gain insight into the different types of consumer reactions. One study is looking at the interactions between people and automated parking enforcement officers. The team discovered that when parking violators received tickets from humans, they tended to expect leniency, and if violators felt that a ticket was not deserved they were less upset if it was issued by a robot. Giebelhausen believes this reaction occurs because people do not expect empathy from robots, but they do expect empathy from humans.

The team is also researching interactions between customers and humanoid sales robots within a shopping environment. In this scenario, robots are randomly assigned to either agree or disagree with a customer’s purchasing decision. The team found that if the robot disagreed with the customer’s choice, people were often upset. However, customers that modified their choice based on the robot’s input ended up having the strongest product preferences. The students presented this research, “Opinionated Robots and their Impact on Frontline Service Satisfaction” at the 2019 Society for Marketing Advances in New Orleans, LA.

In a service setting close to home (higher education), the team is investigating if the presence of a robot affects student performance. They found that students performed better on pop quizzes when there was a telepresence robot in the room actively tracking the instructor’s movements— an important insight given the increased adoption of hybrid learning models. The resulting paper was accepted to the 2020 American Marketing Association’s Summer Educators Conference.

Ultimately, Giebelhausen hopes his students will learn to ask important questions and design experiments to answer them during their experience in the Creative Inquiry project. “I was challenged to really think outside the box. It’s astonishing how much consumer behavior is linked to innovation,” Grace McGlynn, a senior marketing major, said. As the world continues to develop around technology, artificial intelligence will likely become a part of everyday life. Although there may not be robots on the streets now, receiving a ticket from a robot may become common place in the future. 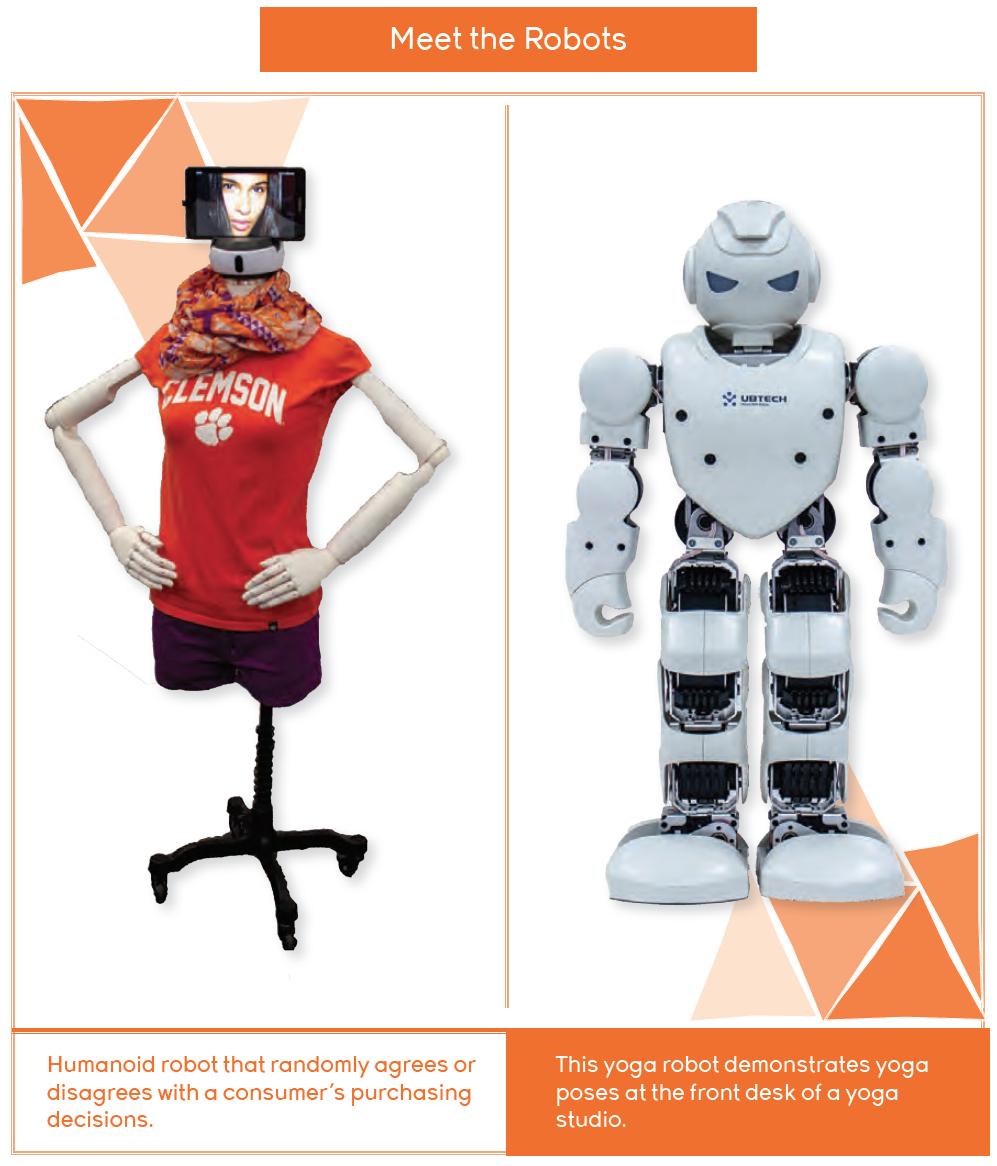 The Painted Deserts
Scroll to top