For many Clemson students and recent alumni, the dormitory called Clemson House was the site of countless freshman year memories. With its iconic neon sign and its location on a hill overlooking campus, the imposing seven-story building was often one of the first landmarks visitors saw as they approached the university. However, anticipating its future demolition, History of the Clemson House Creative Inquiry is uncovering a richer history to the building. Through interviews with alumni, Clemson locals and other individuals who worked or lived in Clemson House, the team intends to record and preserve the building’s unique history. 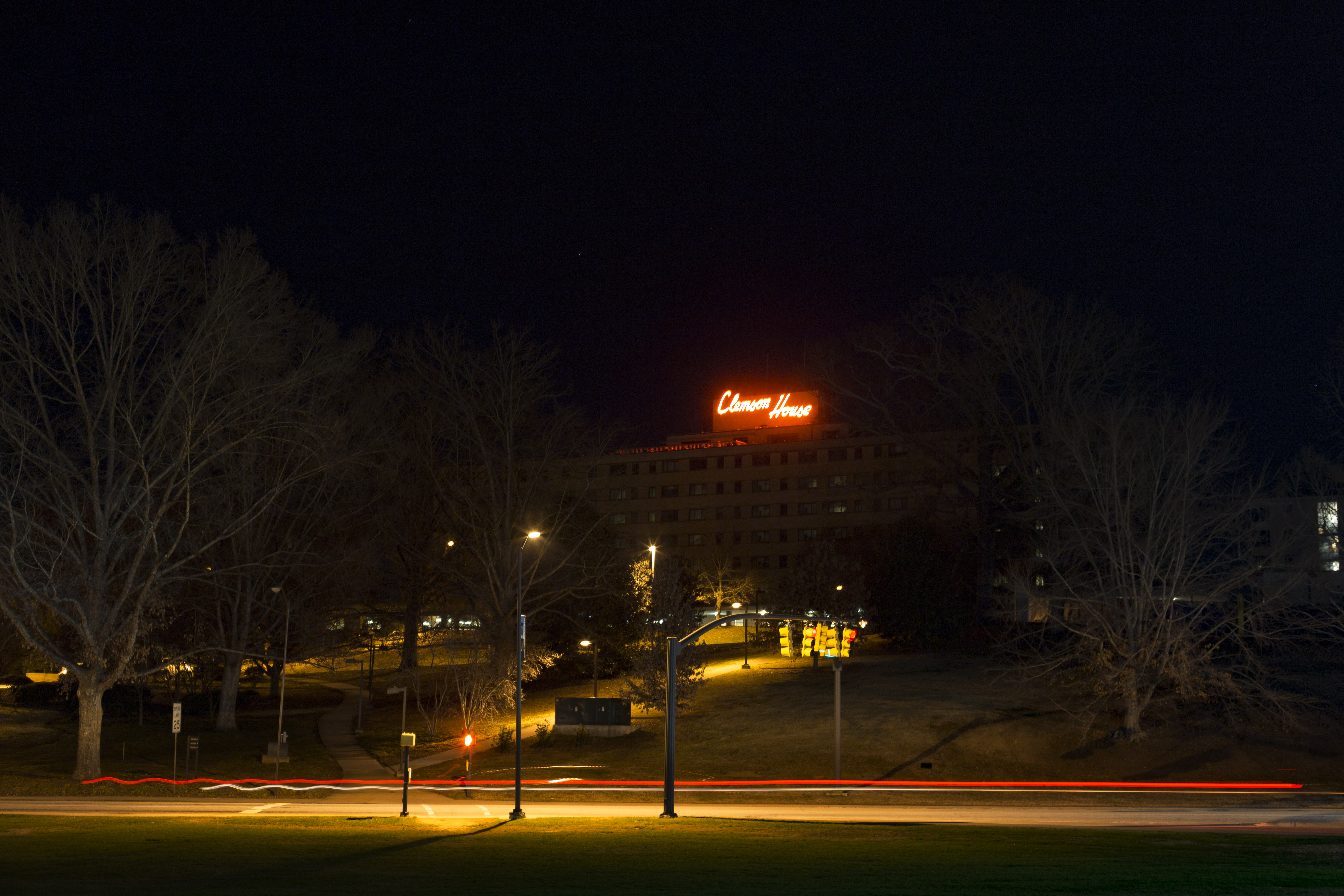 Built in 1950 to replace a boarding house of the same name, the Clemson House hotel became the center, not only of campus, but of the community. The penthouse hosted visiting faculty and other special guests, dance clubs met in the ballrooms and the restaurant became popular throughout the area. History of the Clemson House team uncovered records of a mural on a wall of the building’s restaurant. Although the mural was covered up over the years, it was once the largest mural in South Carolina. The mural, which was almost as old as Clemson House itself, showed the evolution of the Clemson cadet towards a more global perspective, resonating with Clemson’s military history and the university’s aspirations today.

Like the wall of its restaurant, Clemson House’s residents changed over the years as it housed guests, then secretaries, then finally students in the mid-1980’s. Although its uses varied over the years, the structure of the hotel remained, making the building not only a landmark, but a visual record of the university’s past. The goal of History of the Clemson House project is to take all of these facets of the building’s past into account. According to the project’s faculty advisor, Dr. Alan Grubb, in the History Department, this is a new approach to studying the Clemson House. “It has never been looked at as a historical entity before,” Grubb said. In order to address the building’s full history, the project considers Clemson House’s construction and life as well as its destruction.

Tracing the many transitions Clemson House experienced requires not only research into physical changes made to the building, but also collecting memories and stories. In order to capture this broad scope of Clemson House history, the students are using oral history interviews and photography as well as documents from Clemson special collections to piece together the building’s past.

The team plans to publish their research in a book, possibly through Clemson University Press, as a way for students, alumni and the Clemson community to remember and learn more about the historic Clemson House. While the book might serve nostalgic purposes for the students and alumni who remember Clemson House’s presence on campus, it could also teach future generations of incoming students more about the history of their new university.

Reaping the Benefits of Agriculture