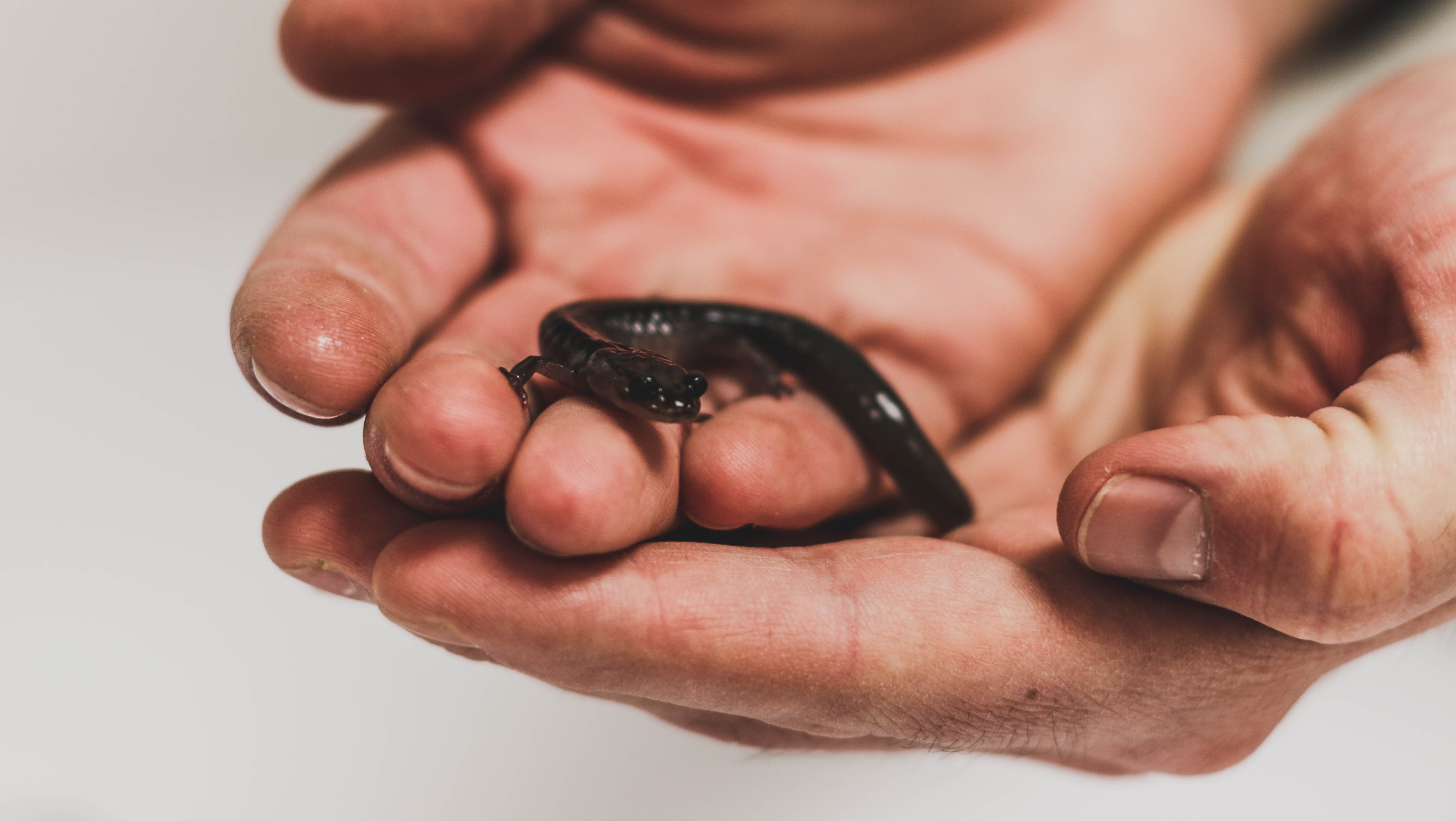 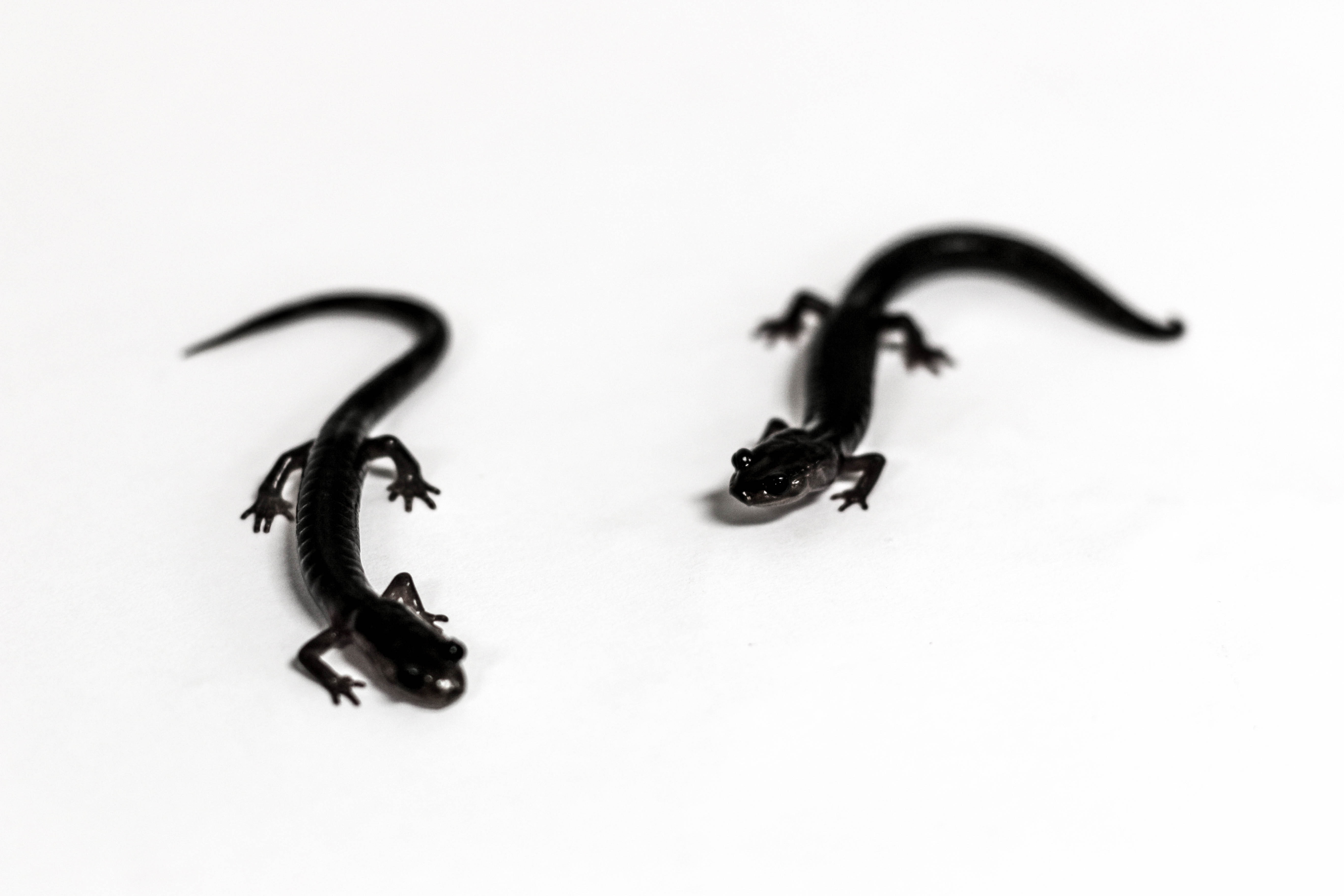 Plethodon salamanders are a model organism for studying the impact of climate change at the organismal level.
Photo: Wales Toney

Protecting the world’s biodiversity one salamander at a time

There is a greater abundance of lungless salamanders, also known as Plethodon, than any other vertebrate group in the southeastern United States. Thus this group has a major impact on the ecosystem. Because salamanders are nocturnal, they are seldom seen, but these ecologically important creatures are being threatened due to stressors in their environments. The Creative Inquiry project, Stress After Dark, led by a biological sciences graduate student, Evan Apanovitch, investigates Plethodon and their ability to survive conditions that are threatening their abundance. “Initially I became interested in working with salamanders because they are an excellent ecological indicator and by understanding the health of their populations, and how they react to stressors is informative to the overall health of the ecosystem,” Apanovitch explained. This Creative Inquiry project is focusing on how multiple stressors interact to influence physiological responses and how these responses are predictive of future range dynamics.

Stressors affecting the abundance of salamanders include increased temperature and decreased moisture levels in the air. For a salamander, moisture levels are extremely critical. Because they are lungless, they rely on moist skin in order to breathe. If moisture levels are too low, salamander activity will decrease. The Creative Inquiry team is researching the effects of warming and drying climate changes to determine whether or not salamanders can adapt to the new environments. Temperature change is a detrimental stressor because it could lead to possible extinction of the lungless salamander. Temperature, habitat loss, pollution and disease have caused the amphibian population to decrease by 40%.

The teams research has shown that stress varies with environmental gradients, so there are different stress levels seen in different parts of their ranges. The research also suggests that an increase in stress leads to a decrease in energy available for the salamanders for activities such as reproduction and foraging. This may result in decreased survival in areas where the salamanders experience chronic stress. Stress variables have allowed for predicable and testable mechanistic responses to climate change. “With an increase in stress, salamanders are less able to be active and survive. We hope to determine the adaptability of salamanders and the range of suitable environments for them to survive in,” Molly Nielsen, a junior biological sciences major, explained.

This Creative Inquiry project has nurtured the students’ abilities to research an important subject. Apanovitch wants to conserve salamander populations, but he is also committed to providing the students with a skill set that will be valuable throughout their lives. These students are taking active roles in their education and gaining skills that cannot be taught inside a classroom. Apanovitch and his Creative Inquiry team plan to publish their findings to bring awareness to the growing threats to the Plethodon populations. The Creative Inquiry team’s research contributes to protecting the world’s biodiversity. These Clemson students are getting a chance to work on a project that will have a long-term impact in ecology.

Sustainable Farming: From Garden to Table