Understanding fish ecology could predict the overall health of the environment

Clad in waders and carrying nets, students from the Stream Fish Ecology Creative Inquiry formed a line and waded through the waters of the Clemson Experimental Forest. It is here, knee-high in streams, where the team studies and conducts research on the small, indigenous fish species in the Clemson area. Led by Dr. Yoichiro Kanno, assistant professor in the Department of Forestry and Environmental Conservation, the team uses electrofishing techniques to capture fish, tag them individually and track population dynamics. Studying how the fish population changes can indicate changes in the environment. “Understanding fish ecology is important for predicting the overall health of the ecosystem,” Kanno said.

To ensure fish safety, the team used a technique called electrofishing. For Daniel Dixon, a senior wildlife and fisheries biology major, this meant supplying over 500 volts to the stream while carrying a specialized backpack. The electricity temporarily stuns the fish and causes them to swim sideways. A trained eye and swift hand are then able to spot the disoriented fish and scoop them into a bucket. The electrofishing method is common for fish collection and provides students with experience that can transfer into their careers. “One of the best parts of this Creative Inquiry is being exposed to techniques and methods that professionals use in the field” Dixon said.

Having captured the fish, students worked quickly and diligently on the bank to collect data. The target species were Striped Jumprock, Bluehead Chub, Creek Chub and Mottled Sculpin, all of which are typically less than six inches in length.  In order to track the fish, passive integrated transponder (PIT) tags were inserted into the fish. These 8-mm tags, similar to the technology found in security clearance cards and pet identification chips, allow for each fish to be given a specific identification number. If a fish is recaptured, a scanner can determine the identification number of the fish and tracking can ensue. Fish that were not previously captured are weighed and measured before insertion of a PIT tag. Clove oil is used as an anesthetic for the fish to minimize pain. Then, with steady hands obtained from weeks of practice, students made a small incision on the ventral side of the fish and inserted the PIT tag. Fish were given several minutes to recover and come out from anesthesia in a bucket before being released back into the stream.

Using this technique, Kanno’s team captured and tagged over 1,500 fish in fall of 2015. And, while Kanno sees this as a perfect opportunity to obtain long-term data about fish behavior and population dynamics, he also notes that one of the most rewarding aspects of the Creative Inquiry is working with the students. “Creative Inquiry has been great from my perspective. It allows me to teach students how to conduct long-term field research that they wouldn’t normally be exposed to” Kanno said. During the spring 2016 semester, a team of students including Morgan Reed, Jessica Holbrook, Josh Cary and Thomas Austin attended two conferences of the American Fisheries Society and presented a poster based on a study of PIT tag retention and survival, which they designed and conducted on their own. Real-world experience, combined with meaningful field research, ensures the streams in the Clemson area will have many student visitors for semesters to come. 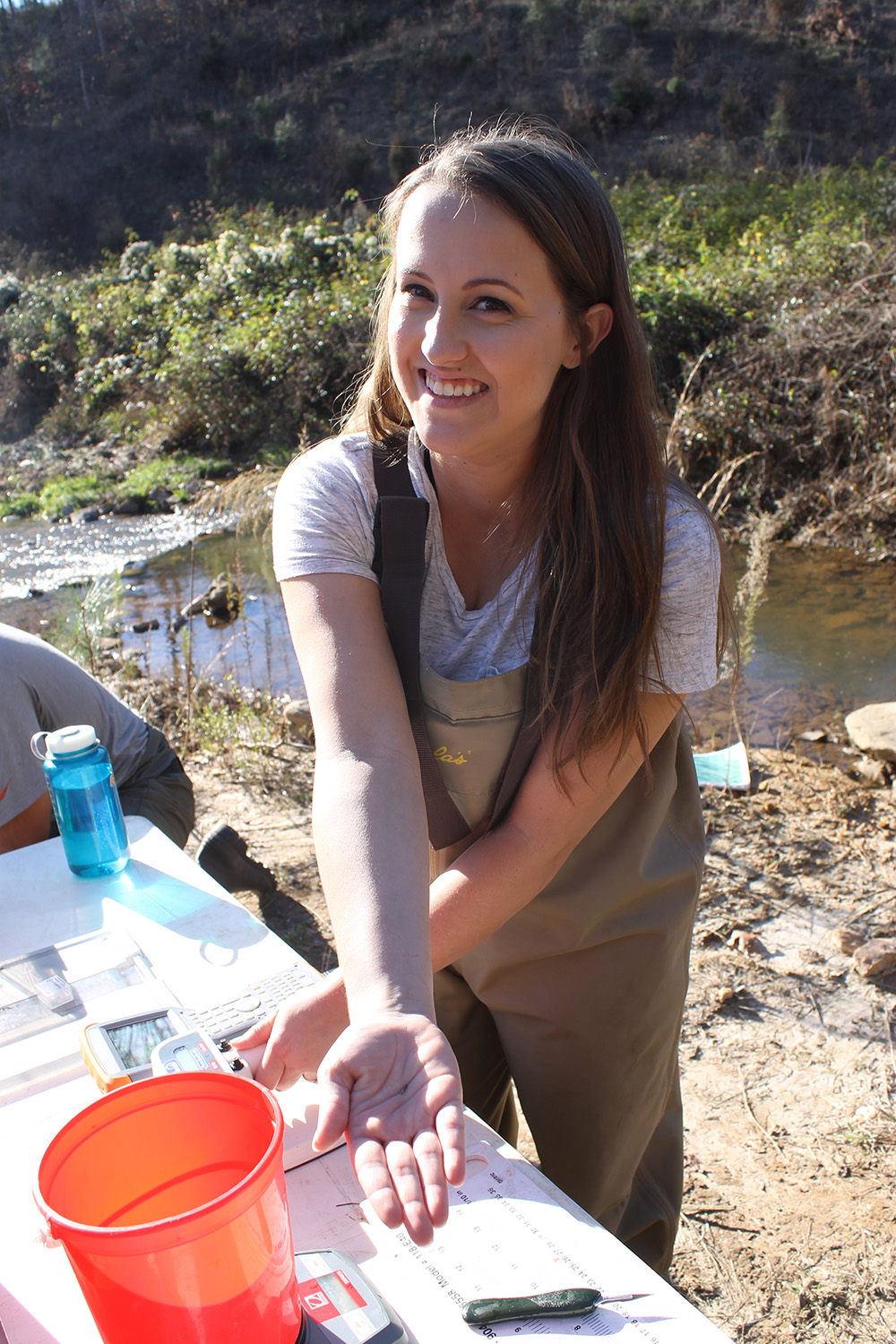